Won’t You Be My Neighbor—David Powers King

David: Thanks, Angela! I'm not a mathematician either, but I'll assume triple digits is a good thing. Thanks for having me on your blog today. I brought virtual crullers for everyone!

Angie: How did you know I was in the mood for imaginary donuts? You must be psychic :) I'm impressed.

Lets jump to the first question...Your name is so cool. It sounds just like a famous author name. Powers is such a cool middle name. I'm wondering where is came from. Give me a story :)

David: I have my grandparents on my mother's side to thank for that middle name. Their descendants immigrated to America during the Potato Famine in Ireland (to be sure). Grandpa Powers even wrote a book himself once, and since I was writing my first novel when he passed away, I inherited his hand-written manuscript One of these days I'll transcribe it and see what can be done with it.

I was given grief for my middle name during my school years (Powers. King. Amazing what kids will come up with), so I left Powers out for most of my life. At my first writer's conference, James Dashner recommended that I should stick with it, and I'm glad I did.

Angie: That is so amazing you have his manuscript! My grandmother was a writer too (mostly poetry and short stories). Sometimes I feel like she is cheering me on from heaven. What kind of story did your grandpa write?

David: It's a historical fiction novel around the Nevada Silver Rush, at a time when Vegas was just beginning and organized crime was replacing the outlaw. That's only the setting. The characters are far more interesting.

Angie: That sounds really cool! Old time Vegas could be full of all kinds of plot twists.

Here is kind of a question :) We've met in person a few times (dinner with other writers and conferences) and you always bring your darling wife. She seems so supportive of your writing. How does she help you?

David: She's above and beyond, Angela. She's the first to read my stuff (always the roughest). From the beginning, she's liked the way I tell stories. She's not a fan of zombies or epic fantasy, but is always pushing me to get her the next chapter. My first stab at fantasy was written for her, when she challenged me to write a genre she likes. Okay. She likes Shannon Hale, Gale Carson Levine, and The Enchanted Forest Chronicles, so I thought up a princess and dragon story and she ate it up. Ever since she's been kind enough to let me write when I otherwise can't. I wouldn't know what to do if she didn't have my back on this writing business

Angie: I think that is amazing! My hubby is supportive like that (although I'm not sure he would brave a dinner with tons of other writers :). It really makes a difference when you have someone who believes in you against all odds. Which of your stories is her favorite?

Next question...What author has influenced you the most? What would you ask them if you had the chance?

David: Orson Scott Card (no hesitation there). His writing style has always intrigued me from the moment I picked up and read Ender's Game at age 11 (the first time I read a novel without anyone telling me to). I've been striving to tell a unique story ever since. My first trilogy is a space opera, even (needs an overhaul, though). And I did have the chance to speak with him at a writing workshop he conducted a couple years ago - I can't remember what I asked him, but he did sign a couple of my books called me an "evil genius" at one point.

Angie: Evil Genius! That is the best compliment anyone could give an author. I love OSC too. Enders Game was my first exposure to sci-fi and I'm still waiting to read sci-fi I like as well. You will probably laugh at me...but what the heck is a space opera? I hear this term all over and I just pretend I know what it means, but I'm not afraid of showing my ignorance today :)

David: Jordan Ricks wrote an excellent post about that (we read his posts through inkPageant all the time). Check it out here. The key ingredient of a space opera, as Jordan puts it, is that it's "more concerned with a great story than science." Star wars, John Carter, Dune, and yes, Ender's Game are considered space operas.

Angie: That is very cool. I knew Star Wars was one, I just didn't know why.

How about a fun question. If you were a candy bar, what kind would you be?

David: *Snickers* ... no, wait - that's not my answer! That's tough (not Big Hunk tough, but still). I like so many candy bars it's hard to pick just one. Okay. Since I'm not going anywhere for a while, I'll go with Snickers.

Angie: I have a bag of fun size (that size is not fun btw :) snickers hidden from my kids. If you were here I would give you one...or maybe 5 :)

David: Awesome! I don't know how my secret stash of M&Ms would feel about that ...

Angie: They are a jealous candy.

Alright last question...It must be a pageant question, but since you are a founding member of inkPageant you are already a pageant pro, so I will ask a pageant question with a writing twist :) What was the best advice you ever read on inkPageant? (Wow. Ten extra points for the number of times I said pageant in that section).

David: We're always on the lookout for great posts and the experiences of authors as they pursue their writing careers (We'd love to see more posts by agents and editors, too), but one of the best posts I read was back in April by Nathan Bransford called "Ten Commandments for Editing Someone's Work." It's a must-read for anyone about to join a critique group or has been in one for years. It helped me be a better critiquer.

Angie: That sounds so awesome! Great critique partners are crucial. I know my work would be a mess without them. I love the idea of guide lines. I'm checking this out for sure :)

Thanks for stopping by today. Hopefully I didn't interrupt your day job too much.

David: Not at all, and thank you for having me over.

Angie: My pleasure :) But you need to give me a tradition DPK sign off.

I'm Angie and DPK is a space opera hero!

David: Awesome, that works. How about ...

I'm David, and don't forget your virtual cruller on the way out! :)

LOL! Thanks David. If you haven’t visited David’s blog…where the heck have you been? Check it out HERE and also check out inkPageant. You won’t be sorry.

Posted by Angela Cothran at 5:00 AM

David- It's so cool that you have your G-pa's manuscript! What a gift.

Inheriting a manuscript is just about the coolest thing ever - I love that!

You two are hilarious. And David, your wife sounds amazing. Shannon Hale and Gale Carson Levine, that's my kind of girl. :) And fun size snickers are definitely not fun, Angie. Lol.

I didn't know that M&M's were a jealous candy! So intrigued by the manuscript that David's grandfather left behind. Another wonderful interview (I love these.)

David's so much fun!

Great interview! And that's a great photo too, :p

I'm envious of my blog friends who meet at conventions. I need to get my butt to the next one!

Awesome interview Angie! I feel so much smarter now...glad you had the lady jewels to ask what a space opera was...I was just nodding and pretending I knew!

An evil genius with power! Can't beat that, David.
And a supportive wife is a must. Trust me.
Great interview!

David, you're awesome! Cool that you have your an ms by your grandfather! Wow!

Thank you, everyone. The interview was a blast, so thank you again for having me over, Angela (and now that I look at it, that sword is kinda puny - I should have grabbed the big one :)

that was fun & tasty! thanks for the cruller & the link!

I think it's great that you wrote a book for your wife, David. You're such a great guy!

Gotta love DPK! I'm glad you asked about Space Opera, I was not 100% sure what it meant either.

DPK is the best! Great interview, you two. :)

Great interview you guys! :D I'm slowly getting back into the blogging world. I've missed it. :)

Great review! Thanks for posting it! It made me chuckle! :D

I'll admit to nothing but I may or may not have just bought a bag of bite size snickers and hidden them in my dresser drawer.

Whoah...that's a cool weapon you got there.

What a fun interview! I don't even know what to comment on, the grandfather's manuscript, the awesome wife, or the candy bars! ;) So many cool things!

Great interview, how fab to have your grandfather's manuscript!

Nice interview! My great-grandma was a writer and passed before finishing a bio about Butch Cassidy--who she actually knew. I think most of it was lost in the cleaning of her house after her death, and I'm still sad about it. Not sure I'd want to do anything with it--I don't write biographies. Still, I feel like its a gem our family has lost. You're lucky, David, to have your grandpa's manuscript.

Great interview! I agree with both of you that it's good when you can trust your significant other to be supportive and to read your stories. I think that says something good about the relationship overall, because when you show your manuscript to someone, it's like you're revealing a secret part of your mind.

That is pretty cool to have his father's manuscript. And today's Vegas is pretty wild, so I bet old time Vegas was off the charts.

Fantastic questions and answers! Thanks to you both.

Wonderful job on the interview. Good questions. Interesting answers. I had no idea DPK and I had so many different things in common. A little scary now that I ponder on it, but...

DPK is one of my favorite writer peeps. So generous and kind. Can he be my neighbor too? ;-) Great post, Angie & David! 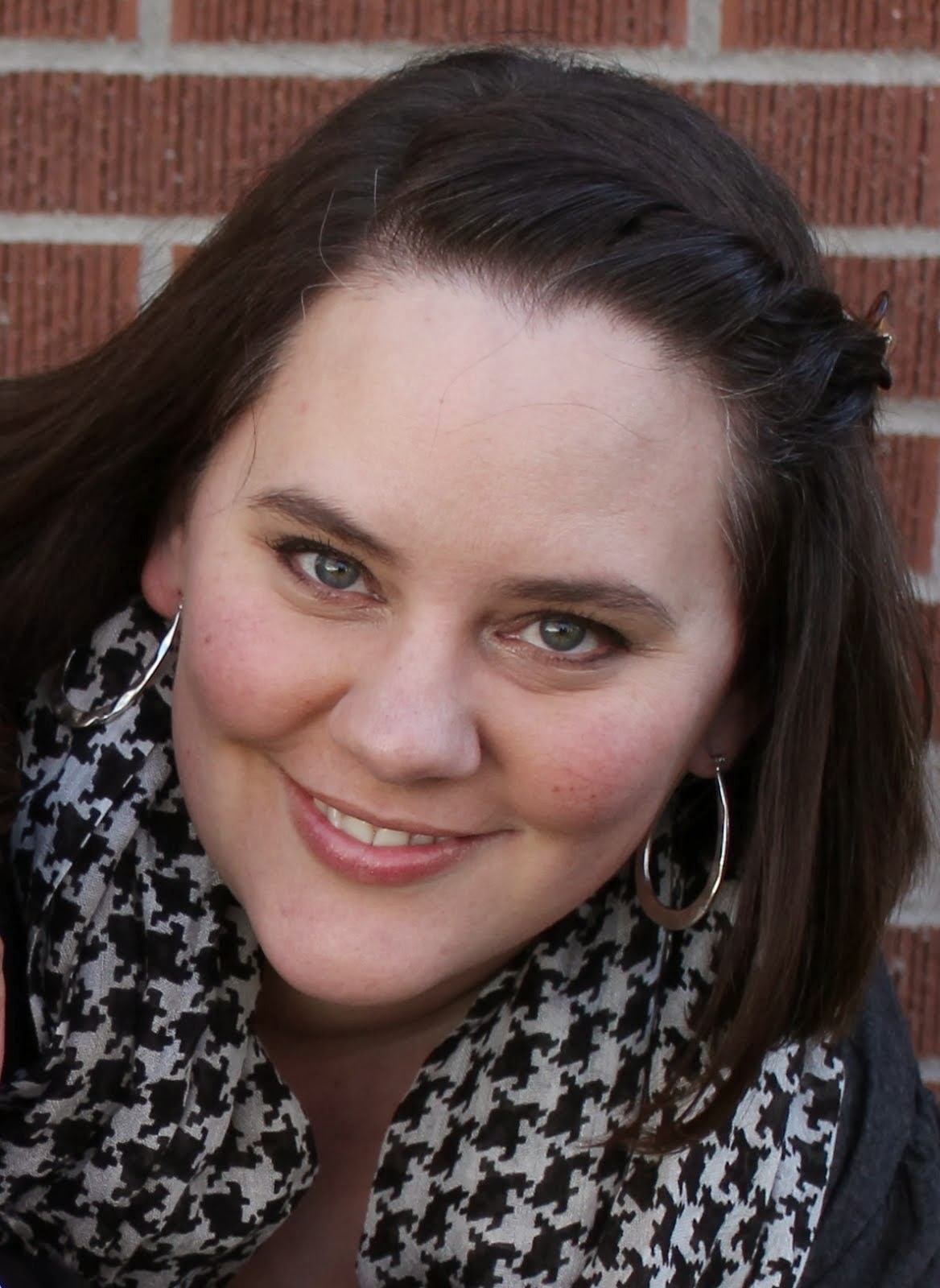